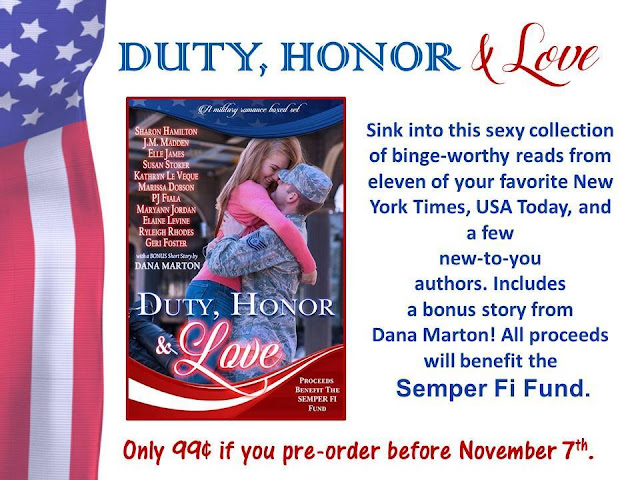 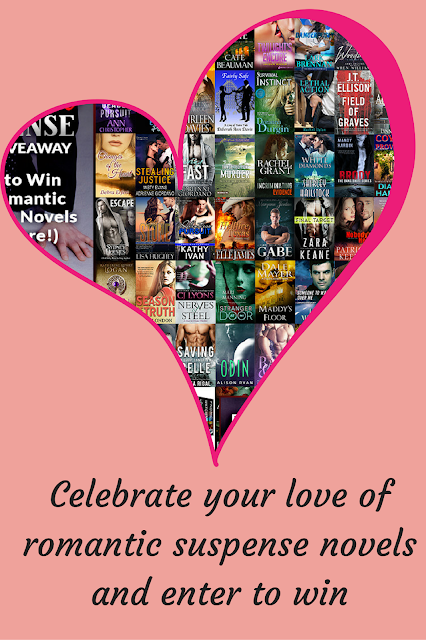 To celebrate the fall, I’ve teamed up with more than 55 fantastic romantic suspense authors to give away a huge collection of novels, PLUS a Kindle Fire to one lucky winner!

Free! Voodoo On The Bayou 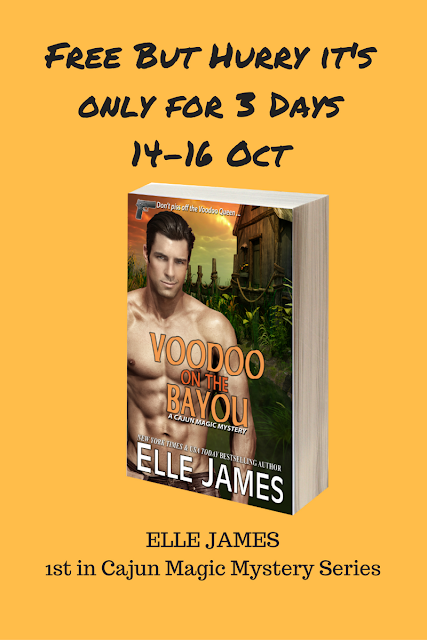 Posted by Elle James at 9:06 AM No comments: 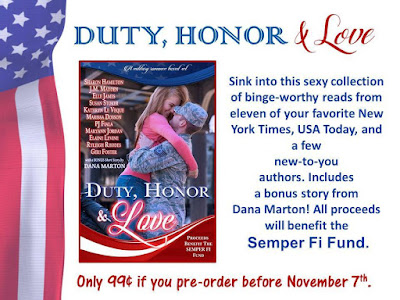 Great stories for a Great Cause!


Anyone’s happily-ever-after is never a given…it must be earned--something these military heroes have learned the hard way.

Sink into this sexy collection of binge-worthy reads from eleven of your favorite New York Times, USA Today, and a few new-to-you authors. Includes a bonus story from Dana Marton!

All proceeds will benefit the Semper Fi Fund a non-profit organization that assists post-9/11 wounded and critically ill vets from all branches of the U.S. Armed Forces.

EMBATTLED MINDS by J.M. Madden -
Brutally scarred in Afghanistan, Zeke Foster has no expectation that he'll ever find a woman capable of accepting him the way he is. When the damaged soldier with the kind eyes brings some security to Ember Norton's crazy life, she's afraid to trust her luck, but his wounded soul calls to her.

SEAL’S DEFIANCE by Elle James -
A Navy SEAL and a beautiful aide doctor navigate hostile territory in their attempt to rescue a kidnapped doctor in the Horn of Africa.

PROTECTING CAROLINE by Susan Stoker -
Caroline foils a terrorist hijacking of an airliner, with the help of three members of a SEAL team, but after she gets home she finds herself still in the sights of the terrorists. She means everything to Wolf, but in order to save her, he first needs to find her.


When Blakesley Thorne wanted to start a new life in San Diego,CA, she had no idea that Fate would bring her face to face with Cmdr. Beck Seavington, USN. When Beck must save Blakesley in a final showdown, the Wild West reigns and ghosts from the history of old San Diego come full circle.

BACK FROM HELL by Marissa Dobson –
Wounded Lance Corporal Kyle Phillips had gotten to the point that he wished he’d died on that battlefield instead of living the life of half a man…until a woman with whiskey brown eyes and a feisty side strolled into his room looking to save him.

MOVING TO LOVE by PJ Fiala -
Iraq veteran Jeremiah “Dog” Sheppard is looking forward to the annual Veterans Ride, but this year he might be rewarded with more than the usual satisfaction of doing a good deed when he asks the stunning single mother of one of his employees to help with the charity event.

GABE by Maryann Jordan -
Gabe Malloy, former Green Beret, now special investigator stumbled across a beautiful woman in an alley. The chance meeting quickly grew into a mission as Jennifer Lambert was threatened. Letting him into her complicated life, she took a chance on him.

ROCCO AND MANDY: A RED TEAM WEDDING NOVELLA by Elaine Levine -
The past is more real than the present in covert operative Rocco Silas’ broken mind. His girlfriend’s pregnancy should be a joyful event, but it’s more like a nightmare...one he believes can only end one way.

ENFORCER by Ryleigh Rhodes -
Small town Texan Claire enlisted in the Marine Corps, survived an IED in Iraq, went through rigorous physical therapy, and made it through med school. Now, after the loss of her beloved husband, she’s struggling to rebuild her life and raise their twins. Her friends rally around, but it's up to Claire to pick up the pieces, open herself up to love, and truly live once again.

OUT OF THE SHADOWS by Geri Foster -
Falcon Securities and ex-Ranger, Agent Brody Hawke sees the world from a tilted angle. His best friend, A.J., who saved Brody’s life is captured and diplomats aren’t working on his rescue.  CIA agent Kate Stone’s life is torn apart when a Falcon agent, Brody Hawke, kidnaps her.

WHEN YOU RETURN TO ME by Dana Marton -
Maggie O'Connor thought she lost everything when she lost her true love, Cameron Gardner, four years ago. Grab this story and find out about her Christmas miracle.
Posted by Elle James at 10:53 AM No comments: